In Pennsylvania, medical marijuana can be recommended by a certified physician to treat serious conditions such as:

MJA healthcare network of clinics is where the cutting-edge medicine from all around the world connects to fulfill our patients’ needs. Our clinic is specialized in pain management, regenerative technologies, and anti-age approaches. We also provide supervised weight loss & diet programs.

Dr Mikhail Artamonov is a Harvard educated board certified physician that has some of the most extensive training in pain management with an emphasis on the spine.

The MJA HealthCare Network is one of Pennsylvania’s most trusted and advanced medical organizations specializing in the management pain, addiction, obesity and wellness.

The new medical technologies not only make medicine more effective but can actually make it personal. Integrative approach is what defines MJA's core values.

The book is available on Amazon. Interesting enough it was published even before Pennsylvania passed medical cannabis bill when majority of people didn’t know too much about medical aspects of medical cannabis. It features the personal stories of real (and named) American patients and doctors.

Pot Luck tells of their struggle with conventional medicine and ultimate success in an often, difficult political, legal, and moral setting. As America slow-marches inevitably toward legalization, it is the patients like those in the book who are driving the legislative progress. Yet, marijuana remains illegal in half of our states denying patients with cancer, Parkinson’s, PTSD, seizures, glaucoma, anxiety, and most important, pain relief.

The authors, Mikhail J. Artamonov, M.D. and Richard W. Lewis, write in a spirited, accessible, and optimistic manner, much like the patients they describe. Dr. Mikhail Artamonov,  referred affectionately and syllable-saving as “Dr. A” has a complex and woven background but is guided by one simple credo: the practice of Good Medicine. He believes that new medical technologies not only make medicine more effective but can actually make it more personal. 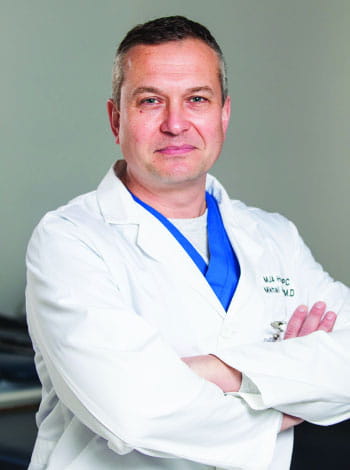 He was the Worldwide Managing Director at TBWA/Chiat/Day on Absolut vodka, responsible for strategy, marketing and creative, globally. He is the author of the New York Times bestselling ABSOLUT BOOK.

RL teaches at New York University, an Honors course he created, “Branding: People, Places & Things.” This course was the launchpad for his book “Why Hire Jennifer? How to Use Branding and Uncommon Sense to Get Your First Job, Last Job, and Every Job in Between.”

RL likes people, is a happy person, and isn’t embarrassed about either.

Is a modern manual that arms job seekers to find their first “real” job and every job thereafter. It is written for college students, grads, twenty-somethings, and all the people who know them. It’s written and illustrated in an accessible and friendly style that’s easy on the brain. Available in soft cover and ebook.

chronicles the birth of the Absolut vodka advertising campaign from 1979. Absolut may be the most awarded ad campaign in history as it set a new benchmark for creativity, versatility, artistry, and a dollop of fun. The author headed the campaign for many years at ad agency TBWA. It was a New York Times bestseller for three months. Available in hardcover, paperback, and ebook in the Apple store.

as the name suggests, picks up the campaign in 1995 as the advertising broadened around the world, on the Internet, and became a collectors’ paradise. Available in hardcover and paperback.

Your Health. Your Weight. Your Life.

His collaboration with Alexander Goldberg, LAc, explains how our bodies resist our attempts to lose and maintain weight loss and how we can use that knowledge to lead healthier and thinner lives.

Dr. A lays out his philosophy of the practice of good medicine and how doctors can lead their patients as guides and companions.

What Our
Patients Say

We use cookies on our website to give you the most relevant experience by remembering your preferences and repeat visits. By clicking “OK”, you consent to the use of all the cookies.
Cookie settingsOK
Manage consent

This website uses cookies to improve your experience while you navigate through the website. Out of these, the cookies that are categorized as necessary are stored on your browser as they are essential for the working of basic functionalities of the website. We also use third-party cookies that help us analyze and understand how you use this website. These cookies will be stored in your browser only with your consent. You also have the option to opt-out of these cookies. But opting out of some of these cookies may affect your browsing experience.
Necessary Always Enabled
Necessary cookies are absolutely essential for the website to function properly. These cookies ensure basic functionalities and security features of the website, anonymously.
Functional
Functional cookies help to perform certain functionalities like sharing the content of the website on social media platforms, collect feedbacks, and other third-party features.
Performance
Performance cookies are used to understand and analyze the key performance indexes of the website which helps in delivering a better user experience for the visitors.
Analytics
Analytical cookies are used to understand how visitors interact with the website. These cookies help provide information on metrics the number of visitors, bounce rate, traffic source, etc.
Advertisement
Advertisement cookies are used to provide visitors with relevant ads and marketing campaigns. These cookies track visitors across websites and collect information to provide customized ads.
Others
Other uncategorized cookies are those that are being analyzed and have not been classified into a category as yet.
SAVE & ACCEPT